Why Choose an Air Motor?

Air motors provide a variety of benefits over electric motors. A smaller air motor may produce the same amount of power as a bigger electric motor due to its high power density. They are less vulnerable to overloads than electric motors and produce far less heat. The most popular forms of air motors are vane and piston.

Vane motors are commonly employed in products that require less power, such as portable power tools. Motors with vanes are smaller, lighter, and less costly than comparable-power piston motors. Vane motors are the most common form of air motor and are available in a wide variety of speeds, torques, and power. We offer both Rotary-Vane Air Motors and Multi-Vane Air Motors.

Piston motors are used in high-powered machinery that demand a strong starting torque. Radial piston motors have lower speeds than vane motors. Have good starting and speed control. This is especially useful for "lugging" big goods at modest speeds such as winch and hoist applications. The most common operational position is horizontal.

One of the most significant benefits of an air motor for industrial application is reliability - less breakage and maintenance means less downtime. Air motors provide consistent performance in heavy-duty applications where electric motors would normally fail. They are unaffected by severe temperatures and perform consistently in industrial or humid conditions, as well as in situations involving moisture. Instant starting, stopping, and reversing eliminates the need for costly controls by eliminating the delays caused by motor speed-up or slow-down phases. Even if overloaded or run to stall, it will not overheat or burn out. Temperature ranges from 150°F to 300°F for conventional lubrication and 300°F for high temperature lubrication.

Save space available around your equipment. 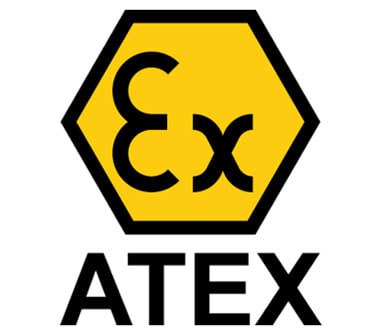 Sparks can be generated by electric motors and related switchgear. This would be disastrous in potentially explosive and flammable environments. Because air motors produce no heat or sparks, they are perfect for these situations and may be used safely. Air motors are also available in ATEX and stainless-steel variants, allowing them to survive hostile environments. IR air motors are ATEX approved for use in zone 2 hazardous locations.

What You Need to Know to Select the Right Air Motor

Choosing the best air motor can be a time-consuming manual procedure since you must calculate the needed power, map the power curve, and determine where the operating point is. Below we will cover some of the key aspects you need to consider when selecting an air motor for your application:

1. How much torque, speed, or power is required?

When choosing air motors, consider the required operating speed rather than the free and unloaded speeds. Air motors that are not controlled should not be run unloaded. Ungoverned air motors develop maximum horsepower at approximately 50% of free (unloaded) speed while governed motors reach their peak horsepower at about 80% of free speed. The maximum speeds at which the motor should be run are indicated by the performance curves for your model. The required torque is as critical as the speed at which an air motor is to be driven. The power of the desired motor is determined by the combination of two factors: speed and torque. When selecting air motors, it is important to distinguish between stall (maximum) and operating torques. 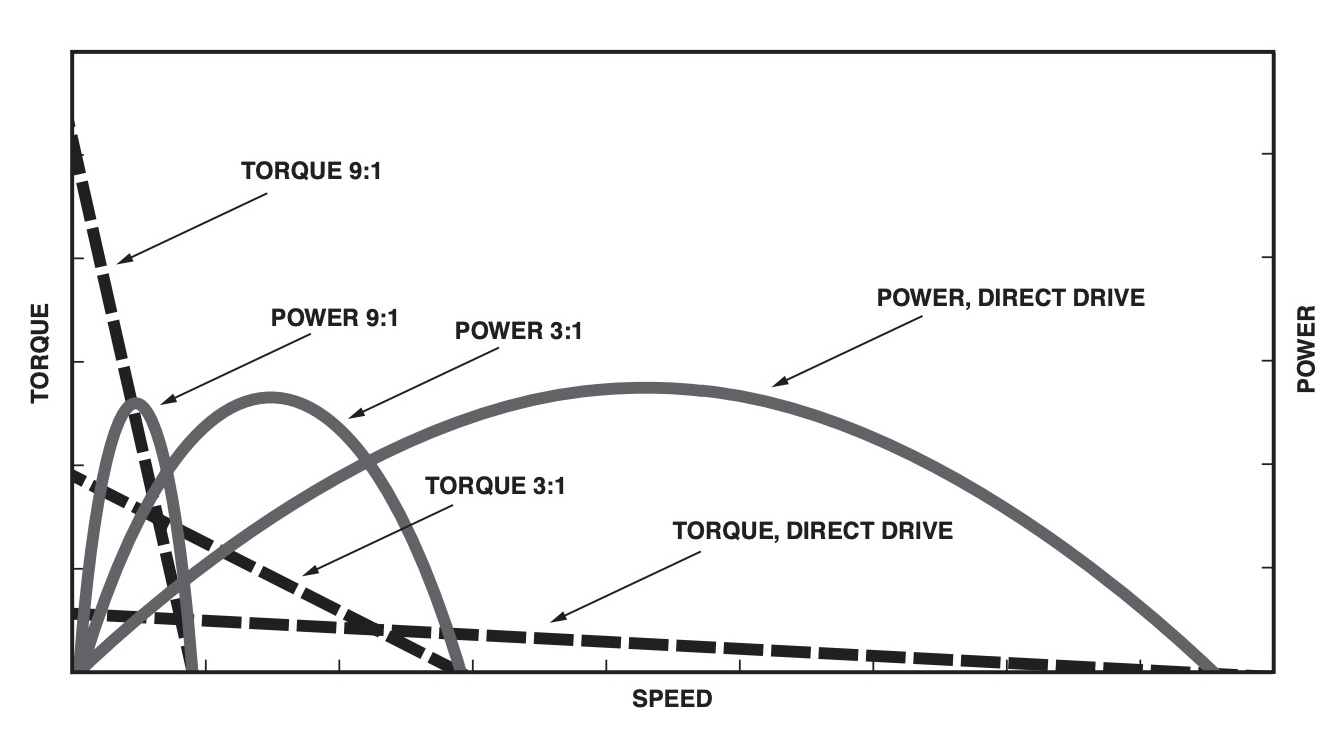 How torque is calculated?

Torque is the turning force supplied by a motor or gearmotor shaft, which is commonly stated in lbs. ft. Speed and starting torques are approximately 75% of stall torques. For your convenience we have a handy Torque Conversion Calculator on our website. Operating or running torques at any speed can be approximated from motor performance curves or calculated using the formula:

Because of various constraints and friction losses in the air system, a pressure reading at the compressor does not guarantee that the same pressure will be accessible to an operational air motor. Exhaust constraints can also have an impact on air motor functioning and are frequently the source of performance issues. Choking or restricting the exhaust has a somewhat different effect, with the speed decreasing much more than the torque.

When shopping for air motors, keep in mind that the specification lists only provide one set of performance values, at a specified pressure of 90 psig. At this pressure, air motors are intended to work optimally. By varying the pressure, air supply, or exhaust, the same motor may produce a wide range of speeds, torques, and power. While they can work at pressures lower than 40 psig, their performance may be inconsistent. They can also run over 100 psig, however this usually comes at the penalty of higher maintenance. A decent rule of thumb is to size an air motor based on around 70% of the lowest available air pressure. This will allow for more initial power and maybe overloading.

3. What style of output shaft?

Depending on the application, you can select from keyed shaft, threaded, hexagonal, or square alternatives. The output of a shaft is a solid shaft, often cylindrical. A hollow shaft or collet is an output shaft having a tool mounting hole in the middle or a collet type for adjustable tool clamping. The diameter of the shaft or collet must also be considered.

Non-reversible air motors are rated at slightly higher speeds, torques, and horsepowers than reversible motors of the same family.

Face mount, flange mount, nose mount, and foot mount are all mounting possibilities for air motors. Aluminum, cast iron, steel, stainless steel, and plastic are all common building materials. Non-lubricated design, reversible operation, and speed feedback or control are all frequent features of air motors. The dimensions of length, side or diameter, and weight are all vital to consider.

Because it is most efficient to operate the motor at the speed provided by maximum power, choosing the motor that provides maximum power as near to the operating point as feasible is the ideal option. This motor will also consume the least amount of air for a given power output. If maintaining a constant speed of the air motor is critical, avoid working at speeds below the point of maximum power. This ensures that there is some "reserve power" available in the event of a load rise. When there is ambiguity regarding the torque need, it is also a good idea to operate closer to the idle speed. Low speed/high torque puts a lot of strain on the gears. The lifespan of the vanes is reduced at high speeds. If a long lifetime is required, a big motor that is limited or runs at low pressure should be selected.

Click here to shop our catalog of Air Motors

Need help selecting the correct air motor for your application? Feel free to contact us with your requirements via phone at 800-608-5210 or e-mail at [email protected]